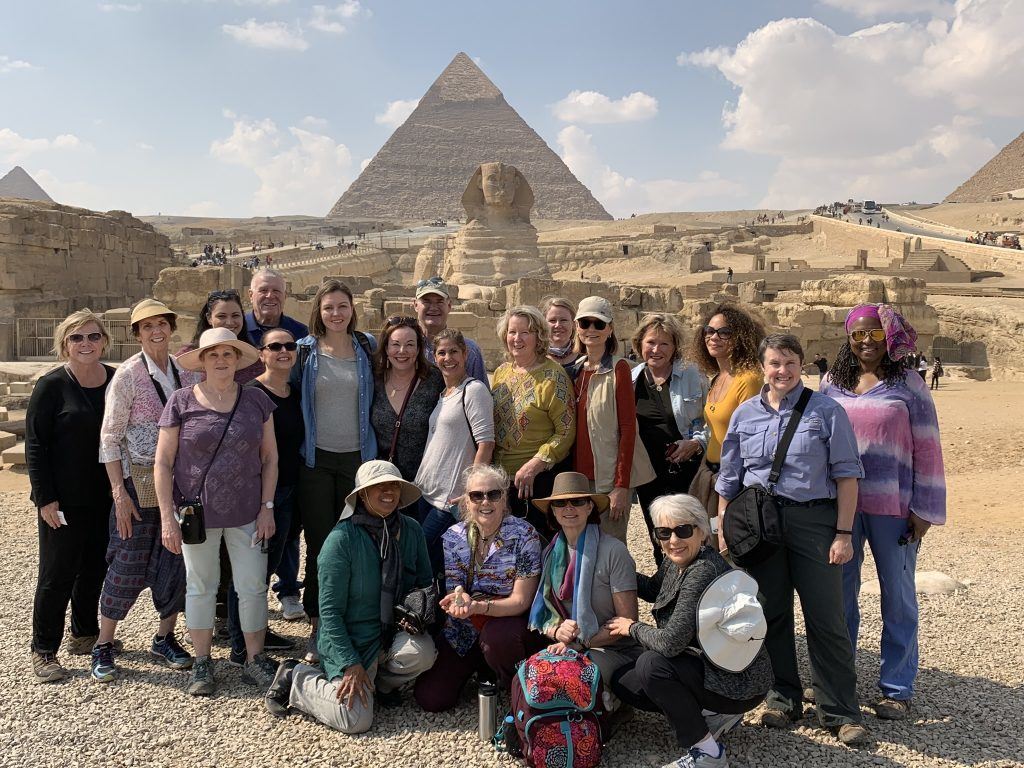 Mysteries such as who built the Pyramids? How did they get these huge stones to this place (some of which weigh over 2 tons) when they know they came from Aswan, which is an 8 hour train ride away? And how did they cut the stones with such laser-like precision that they fit together perfectly with no mortar? 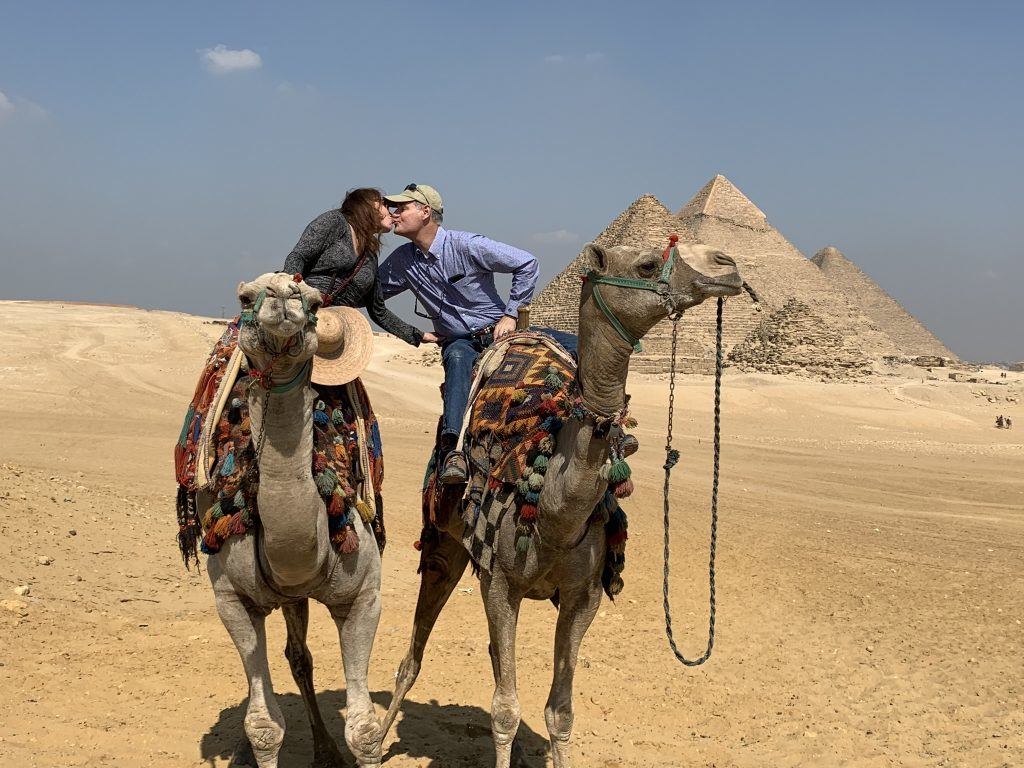 Riding camels to the Pyramids is always so much fun – they’re so sweet. And of course it’s so wonderful to be here with my beloved Richard. This is his second trip to Egypt and he’s become as fascinated as I am with all things Egyptian! What a wonderful thing to have in common.

One of the most fascinating things we see here on the Giza plateau is the Solar Boat museum. This is a boat that was first discovered on January 12 (my birthday!), 1954. It was found completely unassembled and it is believed to be associated with the Pharaoh Cheops from over 4500 years ago. It was to be used to navigate the River to heaven after the death and resurrection of the Pharaoh.
It took 24 years for workmen to assemble the boat. Once assembled, the boat is 143 ft long and 19.5 ft wide. My photo simply doesn’t do it justice but can you get the perspective of seeing the two people on the right?

When it was found in this pit and the stones were first breached, there was a “whooshing” sound, indicating the boat had been “hermetically sealed” and it had lasted in pristine condition for over 4500 years. Now that it’s been found and assembled, no one has been able to figure out how to preserve it. It’s estimated that it will completely disintegrate within the next 100 to 200 years. The ancient Egyptians were able to preserve it for over 4500 years, modern man hasn’t been able to figure out to how to preserve it for more than a few hundred years!

Tonight we watched the amazing Sound and Light show at the Pyramids and Sphinx. It’s so dramatic, it’s reminiscent of The Ten Commandments. I love this photo that Richard shot – the Sphinx just looks otherworldly.
One of the best parts for me is being with this amazing group of people. We are all different ages, races, sexes, and nationalities, but with a commonality of being fascinated by this amazing place. It’s so much fun to experience this with other adventurers.
And as usual, the Egyptian people are so warm and welcoming. They always ask “where are you from?” and when I say “America,” they always reply with a similar response “We love Americans!”
This year’s tour sold out and we’re already planning the trip for next year. I already can’t wait to come back again!
If you have any interest at all in coming on this amazing trip, click here to get on our wait list and we’ll send you all the information as soon as it’s available.

Sending you so much love from mysterious Egypt!