As we announced last week, our first Egypt trip filled up so quickly, we’ve added a second trip plus an add-on to Jordan & Petra! I’m so excited! Now these are filling up fast and I don’t want you to miss out!

PLUS, I’m so incredibly excited to tell you that we have now added a 5-day add-on to Jordan and Petra!!

Here’s your chance to go on this trip of a lifetime, but you must act fast!

I’m even more excited than usual (and remember, this will be my 23rd trip to Egypt!) because:

I can’t tell you how excited I am to finally see the new Museum!

We’ve been watching its construction for many years and it’s HUGE!

The old Museum was built in 1905 and there have been so many incredible finds since then (including King Tut!), that it’s never been able to hold all the treasures. I’m going to be seeing things I’ve never seen before and I can’t wait! We’re going to spend an entire day there.

We are also on a new cruise ship (one I’ve never even seen) and I am told by my Egyptian travel partners that it is absolutely incredible!

We go to all the must see places:

And we go to places that the average tourist doesn’t go to, with special admissions provided for our group.

And now for the first time, we’ve decided to do a 5-day add-on to Jordan and Petra in between the two trips, so that people from each trip can experience these amazing places!

We’ll be going to Petra to see one of the most spectacular places on Earth, Wadi Rum, the Dead Sea and Jerash. 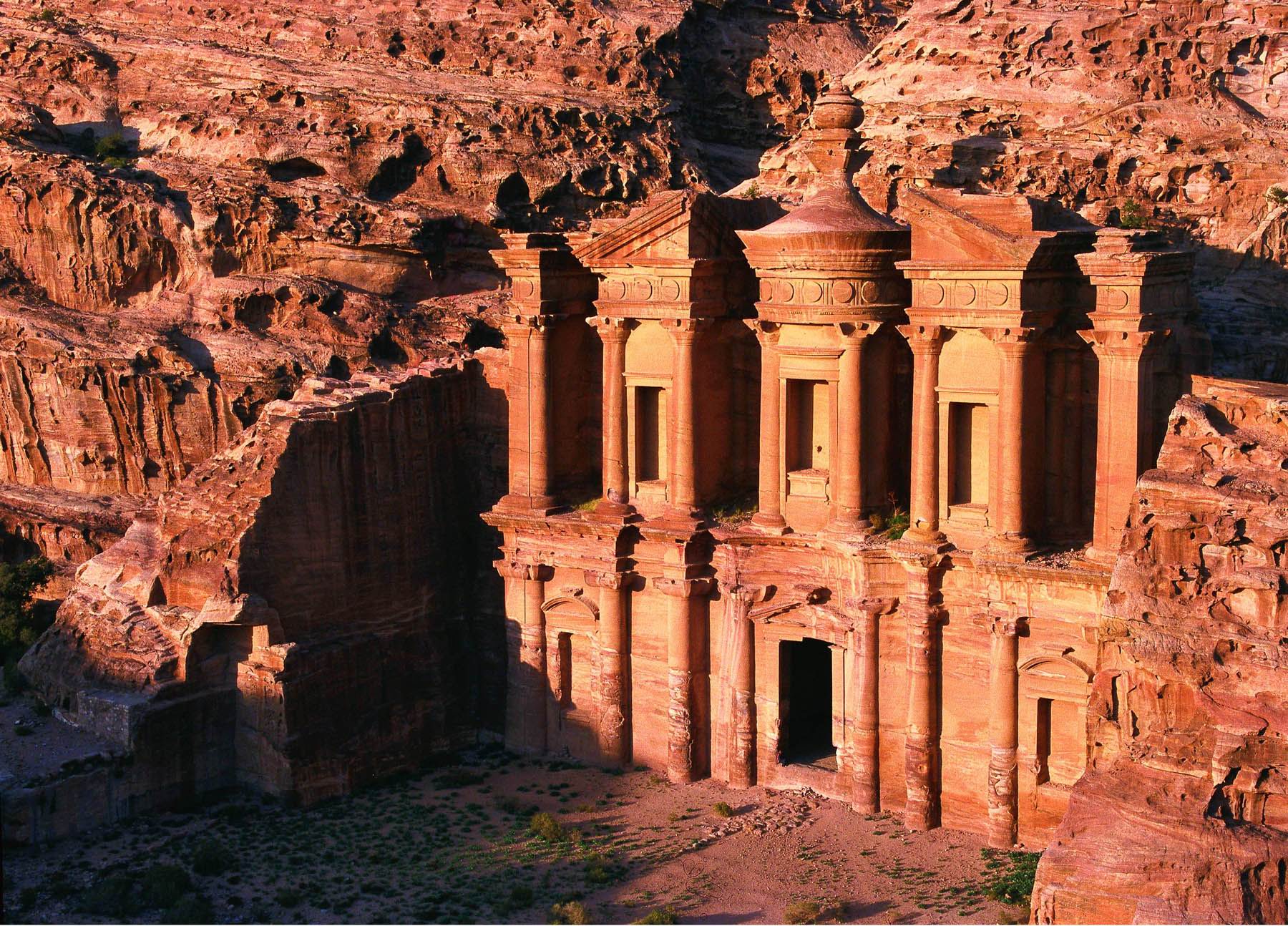 Petra was one of the most important cities on the ancient trading routes of the Middle East back in the 1200’s. And then it faded into obscurity and for many years people in the West thought it didn’t even exist, that it was a kind of Shangri La that was mystical and not real.

But in the 1800s, a Westerner disguised himself as a Bedouin and was taken there. It was re-discovered and became known as “The Lost City.” Now it’s become a Unesco World Site, because it is so extraordinary.

Do you remember the ending of the movie “Indiana Jones and the Last Crusade”? This is the one where Sean Connery plays Indiana’s father. Towards the end of the movie they are taken to this mystical place where the Holy Grail has been kept for millennia (that part isn’t true). 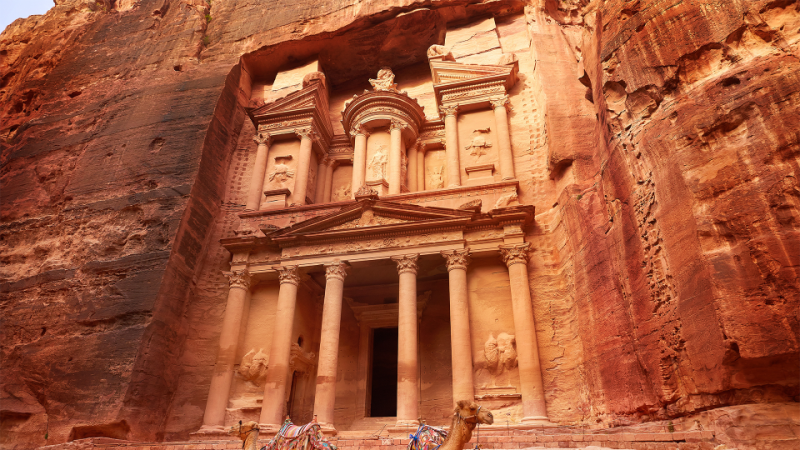 At the very end, we see them riding off into the sunset away from this incredible place. Here’s a picture that shows the incredible stone structure, and why this place is called “the Rose City.”

In addition to Petra, we’ll visit Wadi Rum, the place that is also known as 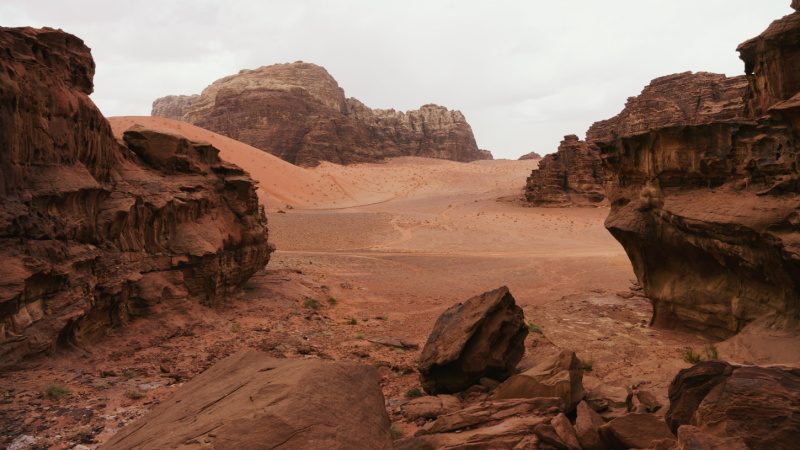 “Mars on Earth”. The landscape here is so striking and so incredible that many movies about Mars have been made here, including The Martian (2015), The Last Days on Mars (2013), Red Planet (2000), Mission to Mars (2000), etc. Many other films also have been filmed in Wadi Rum, like Transformers: Revenge of the Fallen, Prometheus and Lawrence of Arabia. The real Lawrence of Arabia made his camp here during his campaigns. Wadi Rum is huge, over about 183,000 acres!

We’ll also spend an amazing day at a beautiful resort on the Dead Sea — on that day I intend to have a massage and a mud bath!

We will also visit the ancient city of Jerash. Jerash is considered one of the largest and most well-preserved sites of Roman architecture in the world outside Italy. And is sometimes referred to as the “Pompeii of the Middle East” because of its size, the extent of excavation and the incredible level of preservation. 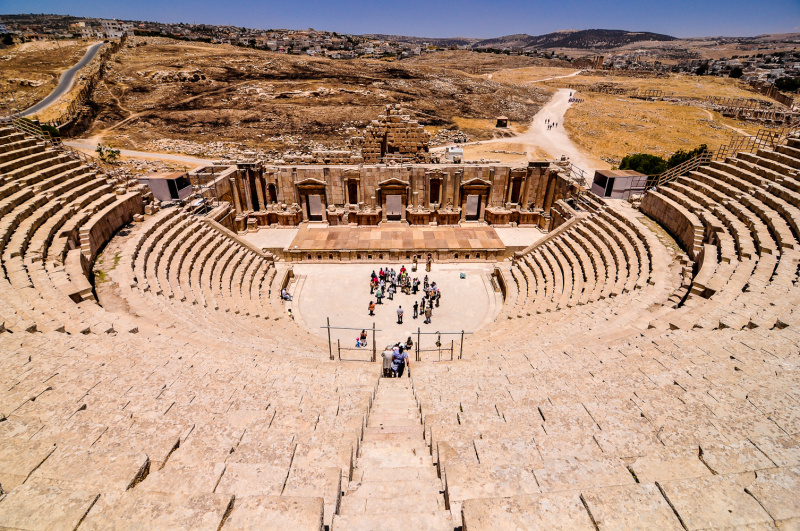 Get all the information on the Jordan and Petra add-on here.

What an amazing addition this will be to this already incredible trip!

Is Egypt calling you? For all the information on our Egypt Trip, click below.

Get all the information on the all-inclusive pricing here.

If you’d like to go on one or both of these trips, YOU MUST ACT NOW! The first trip sold out in just a few weeks and I know that’s what will happen with this trip.

Please note: The Jordan add-on is an add-on to either the First Egypt trip or the Second Egypt Trip, it is not a separate trip.

Read testimonials from all the years we’ve gone.

If you have any questions, email me at [email protected].

If you already know you want to go, place your deposit today for the Egypt trip.

I hope you’ll join us!